In 1993, along with my colleague Professor Peter McKiernan at Warwick Business School in the UK, we published a book in partnership with the Economist Intelligence Unit (EIU) titled Inside Fortress Europe: Strategies for the Single Market. The text examined the principles of global business strategy alongside a discussion of the political and economic processes involved in creating the European Single Market of twelve member states on January 1st 1993.

Twenty-five years later, it seemed important and relevant to reflect on the period between that significant event and the UK’s momentous decision to leave the now enlarged twenty-eight member state European Union following the June 2016 Brexit referendum. In 2018 I published a ‘sequel’ book: Outside Fortress Europe: Strategies for the Global Market. Its objective was to provide a cross-functional, multi-disciplinary perspective on the challenges of ‘organizational life’ and strategy development in a highly competitive and complex global business environment (the second edition of this book was published in 2021).

During the research for the book, an intriguing series of apparently unrelated ‘episodes’ of events and historical processes revealed significant interrelated changes in three broad areas within a relatively short timeframe, our studied ten years:

To include detailed coverage of these developments in ‘Outside Fortress Europe: Strategies for the Global Market’ would have detracted from its focus as a textbook on global strategic management.

Since two significant events – the 1987/88 and the 1997/98 global financial crises – bracketed a decade during which these episodes unfolded, the Ten Years That Shook the (Capitalist) World: 1988-1998 title (hereafter, Ten Years) for this book selected itself. The first edition was published in 2018.

This second edition expands the core themes of the original and presents a more detailed analysis of the significant events and historical processes explored in this tumultuous decade. A new chapter outlining essential principles of free trade, globalization, and international business ‘sets the scene’ for the 1988-1998 decade that is analysed. It also explores the nature of uncertainty, risk and decision-making in ‘unknowable’ times.

The book as a whole has benefited from extensive feedback sought from its readers and numerous academic colleagues.

Any book is necessarily selective in the body of knowledge from which it assimilates and articulates its ideas, and the current text provides no exception to this general observation. In a similar vein, all writing projects must be highly selective in their coverage of any article or book they review. The problem here is interpretation, and there always lurks the danger that the author is unwittingly misleading the reader about the intentions and meanings within the original source or, much worse, is guilty of plagiarism.

If there is any doubt in the reader’s mind regarding the integrity of content, there is no substitute for seeking out original sources, articles or books and examining these for themselves. This is one reason why a book such as this is fully referenced. As the poet and philosopher Samuel Taylor Coleridge observed:

Veracity does not consist in saying, but in the intention of communicating truth.

A more positive reason for full referencing is to allow the reader to take any specific topic of interest and follow it through to its broader domain. In the book’s final section, references to every source cited throughout its pages are provided to assist this.

As a final observation regarding the use of references by readers, well-written articles and books have very thoughtfully constructed titles. They will convey meaning and insight into the main thrust of their content. For the reader with the time to do so, it is worth looking at these references as they arise to garner further insight on the scope of the work being cited. For the speed reader, the disruption to comprehension associated with traditional footnotes and endnotes is omitted.

For all readers, additional commentary and recommendations for further inquiry are included throughout the book, which, while relevant at that juncture, would disrupt the flow of the narrative. At these points, the ‘tumbling dice’ graphic distinguishes between the chapter’s principal focus and the supplementary information provided.

Z versus S: Linguistics and Globalization

The typical reader would not believe how much managerial time the publishing industry consumes on apparently trivial topics such as language, especially English! One such subject relates to which version of English to use in English-language books: British English or American English, a prominent topic being the use of ‘s’ or ‘z’ in words such as organi?ation or the spelling of words, e.g. ‘programme’ or ‘program’. As the latest edition of The Economist Style Guide notes:

The differences between English as written and spoken in America and English as used in Britain are considerable, as is the potential for misunderstanding, even offence, when using words or phrases that are unfamiliar or that mean something else on the other side of the Atlantic.

For many publishers, the preference is American English, not just because of the obvious size and business potential of the US market but also because in large parts of the world where English is taught as a second language (e.g. Indonesia) or is the country’s ‘official’ language (e.g. Philippines), the lingua franca is American. In this book, the predominant usage is British English except for three words: (i) organization; (ii) internationalization; (iii) globalization.

The dramas, events and historical processes that played out in the ten years of the book’s title feature in Chapters One through Twelve, broadly in chronological order from 1988 to 1998.

The Introduction, Free Trade, Globalization and International Business, provides the context and lays down the principles which underpin the analysis featured in these twelve chapters. It explores the degree to which historical events, processes and globalization dynamics can be interpreted with reference to an established knowledge base rather than as a series of unrelated random (chance) occurrences. This assessment subsequently explains the rationale behind the pervasive presence of tumbling dice from the book’s front cover onwards.

The Introduction does not adhere to the time brackets of the extraordinary decade Ten Years focuses upon, but it does include multiple important issues and themes that are referenced throughout its pages.

Similarly, while the Epilogue reflects upon and interprets the chapters it follows, it also provides additional content that examines critical issues in globalization dynamics and international business which fall outside the scope or timeframe of the book’s principal focus.

Two appendices are presented in Ten Years. Appendix One, 1998 – 2018: A Brief Overview, offers summaries of three significant disruptions to globalization that arose in the two decades following the ten years covered in this book. A comprehensive list of resources for further inquiry is provided.

Appendix Two, Milestones in the History of Globalization, provides a timeline of significant milestones in ‘the long march of globalization’, from Ötzi ‘the Iceman’ millennia ago to Donald Trump’s international trade shenanigans and the impact of the smartphone and social media network revolutions at the time of writing this book.

Despite it being designated an Appendix, many readers would benefit from reading the Globalization Milestones before studying the book itself.

In 1995 I published Creating Organizational Advantage which enjoyed both critical and commercial success. Like most popular business books, it was ‘of its time’, capturing a moment and addressing a zeitgeist that tended to suggest internationalizing companies, especially from countries such as Japan, Taiwan and South Korea, were doing ‘more of the same’, only cheaper and/or better and, consequently, were taking market share from their lumbering, sloth-like Western counterparts.

A second edition of this book was considered but time moves on, and new ideas emerge. The publisher of the first (and only) edition has agreed to the inclusion of passages of the original Creating Organizational Advantage text in this book. Many of the ideas are the same, just updated. And more potent.

Throughout the book, I draw heavily upon my experience of working worldwide as a business advisor to the technology giants IBM (1994-2002) and Royal Philips International (1989-2012). This was a monumental period of technological transformation, rivalling anything arising during previous epochs of the industrial revolution but much more intense, immediate and impactful.

Royal Philips International began many corporate restructuring initiatives in the early 1990s following a difficult period addressing intense competition and emerging technologies. But there were also potential opportunities for the company beyond technology, its traditional focus, especially in the emerging markets of Central and Eastern Europe and Southeast Asia. While Philips had the physical infrastructure in the regions, it needed to develop organizational capabilities and competencies to realise the potential of these multiple markets. I worked closely with my great friend Carlos Casali, a Philips executive, designing and delivering business education programmes in these emerging economies from the early 1990s onwards.

My collaborative academic writing projects have been educational and bond-building, most notably with Professor Peter McKiernan (Inside Fortress Europe: Strategies for the Single Market, 1993) and Professor Sue Bridgewater (International Marketing Relationships, 2002).

All positions, activities and collaborations have provided me with the luxury of observing the international business world in action. Much of what I ‘know’ has been learned vicariously from the executives and students I have worked with and from my scholarly friends and mentors, who were also my collaborators and confidants.

Over and above the aforementioned, any errors throughout the book remain my own. If I have misunderstood or misrepresented a scholar in my interpretation of their work, or a manager/student regarding their endeavour, my intention is not to offend.

As the essayist and poet G.K. Chesterton observed:

It is the most sincere compliment to an author to misquote him. It means that his work has become a part of our mind and not merely of our library.

Please click/tap your browser ‘Back’ button to return to the location navigated from. Alternatively, click/tap the ‘The Long March of Globalization’ graphic below to navigate to the Ten Years… The Book page. 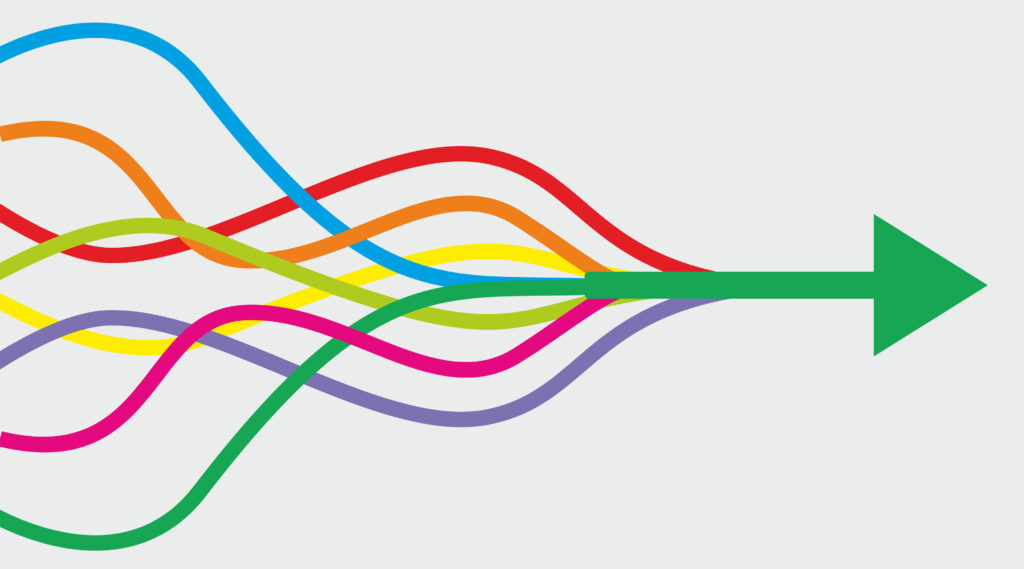 To be in touch…